SWIFT banking system: What Is it and How Does it Work?

S.W.I.F.T. – The Society for Worldwide Interbank Financial Telecommunication.
SWIFT system provides financial transactions and payment services exchange between banks worldwide. Its major function is to send messages on payments between banks and other institutions, which use SWIFT.
The main misconception lies in the fact that many call SWIFT a money transmission system, but it is not. SWIFT has no access and thus does not transfer any money. It is a system of exchange of secured information between users. In other words, SWIFT acts as a “messenger” for banks and other users of the network, as it is often called. Using messages, members, e.g. banks, send each other orders to transfer money.
For 40 years this system has been providing fast and secure money transfers from client to client, linking numerous banks and their clients. The dealings are conducted as a worldwide network, similar to the Internet, through regional operational processing centers, and are forwarded to the recipients.

When did it come into being and by whom was it founded?

The SWIFT payment system started in 1973 in Belgium in the form of a cooperative society (SC). So, today the organization operates like any other company, by the laws of the country of origin and the countries of operation.
Also, since this company is privately owned. Despite popular misconception, it is not directly controlled by governments or other organizations. SWIFT is not devoid of competition and, so, has an overwhelming majority operating globally almost without restrictions. Because of seamless operation and credibility, it has more influence on the market of such specific services than others.

How does SWIFT work

Interaction between participants in the system is based on short SWIFT messages with the following structure:
Messages from the computers of the SWIFT messaging system member are sent to the regional operation center. The center processes the information and checks all structural units of the message. It includes the analysis of correctness, message formation, state identification, and encryption. If everything is performed correctly, the encrypted message is redirected to the recipient. All actions are automated.
The problem with SWIFT for many users is that it is slow compared to other systems on the market. Usually, a typical transfer takes up to 3 business days from the time the money is sent until it is credited to another account. This is much longer than, for example, online payments.
This is since with SWIFT you can make payments in almost any currency and to virtually any bank in the world. It is also related to the technical process. SWIFT payments come to the regional operations center, which accumulates similar messages and then sends them to other centers in groups.

Who controls the SWIFT system? 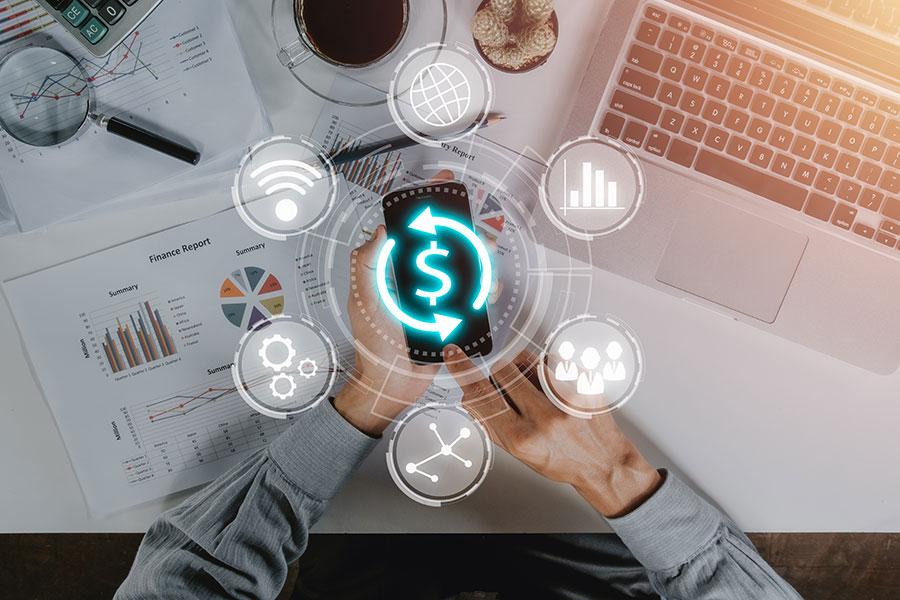 We have already understood that the SWIFT system stands as a cooperative community under Belgian law. In legal terms, this means that members of such a community in certain shares own the system.
As of 2015, more than 11,000 financial institutions (including about 1,000 corporations) in more than 200 countries are members of SWIFT.
As of 2018, around half of all high-value cross-border payments worldwide employed the SWIFT network. The average turnover is more than 30 million messages per day.
SWIFT Charges
At the same time, for each international payment, the bank pays a minimum of 17.66 euro cents for each message – to transfer money. The bank determines a commission fee based on the risks, the amount of payment, and other factors. The price can be a fixed rate, a percentage of the transferred amount, or a combination of both (for example, 20 euros + 1% of the amount).
It’s worth noting that members of the cooperative community, as well as Belgium as a foundation state, and the European Union as a whole control the financial system. Thus SWIFT fulfills the requirements of the European sanctions, such as blocking certain Russian and Belarussian banks. Earlier SWIFT stopped providing access to these systems for North Korea (in 2012, and 2016) and Iran (in 2013 and 2018) because of the UN sanctions order.

The importance of connecting to the SWIFT system

Who and why should be connected to the system?

While the SWIFT banking system has several advantages, there are also things to consider when choosing this payment tool.
The SWIFT system can offer competitive services, among which are:
Thus, the SWIFT platform can offer benefits to prospective business clients and end users. Users of the SWIFT system include
Our specialists can also help you with the connection to the SWIFT system for your business.

The difference with alternatives

We’ve considered the advantages of SWIFT. Now let’s look at the competitors and compare popular financial messaging systems.
Except for SWIFT, there are some alternatives on the market such as SEPA or CIPS.
SEPA – Single Euro Payments Area represented by the European Central Bank. It provides related services, but only in the European region (European Economic Area). It is faster and cheaper but still only available in Europe.
CIPS – China International Payments System or Cross-border Interbank Payment System. It is an analog of SWIFT presented by the Government of China and widely spread in the Asian region.
TARGET2 – Trans-European Automated Real-time Gross Settlement Express Transfer System. The system was created through the work of the European Central Bank and with the help of the central banks of France, Germany, and Italy. It replaced the previous Target system after 2007. Let’s consider the difference between SEPA and Target2.
SEPA is a standard for payments in the EU and some other countries (e.g., UK and Iceland), that use the euro in payments. Target2 allows operation with currencies of EU countries, such as the Swedish Krona (SEK) or Polish Zloty (PLN). But, in general, the systems are interdependent. Target2 is the European standard for SEPA to ensure stable operations.
At the same time, like SEPA, CIPS does not allow working directly with countries from other continents. So in terms of widespread, it certainly concedes the SWIFT system. The same applies to currencies. While SWIFT offers different currencies for fund transfers, the alternatives have only regional coins available like Euro and Yuan.
Why is SWIFT Dominant and banks use it?

Despite competitors (like online transfers and crypto transactions), SWIFT remains the most common financial system. So businesses tend to use it as the most accessible and convenient tool. If a financial institution has a connection to SWIFT, it extends its opportunities. It can work not only in Europe (for example, with SEPA) but all over the world without restrictions. Thus, it has much more opportunities to attract new clients.

Techniques for connecting to the SWIFT system:

Option - connection to the system with own hardware

This option implies a direct connection to the SWIFT system through different types of technical solutions:
This involves the creation of your own SWIFT hardware and software, which must be installed at the financial institution. This option is considered proprietary and makes sense only for traditional banks or large electronic money institutions.
This is because such equipment is expensive and the connection itself will take a long time.
This variant provides the connection through technological devices which are described in the variant above. In this case, there is an agreement between the financial institution which is already connected to the system and the other financial institution which will use the technical equipment.
This option is also a technical way to connect to the SWIFT system, but unlike the other 2, it only works with the help of the Internet. It is connected via a cloud service and excludes the need for special equipment, so it is more relevant for small and medium banks or EMIs, PIs.
At the same time, all such options present some difficulties exactly in terms of technology, as well as being more expensive.

Can banks transfer money without SWIFT?

As we said above, SWIFT is not the only money transfer system in the world, so banks can transfer money without it. But the question here will be in convenience, speed, as well as the reach of other systems. While other systems are designed for a specific region (for example, SEPA for Europe), SWIFT allows businesses to work almost everywhere.

What is SWIFT system?

SWIFT system is providing services related to the execution of financial transactions and payments between banks worldwide. The major function of the system is to transmit messages between banks on payments between banks and other institutions, which use SWIFT.
Is SWIFT popular?
Sure, as of 2015, more than 11,000 financial institutions in more than 200 countries are members of SWIFT, including about 1,000 corporations.
As of 2018, around half of all high-value cross-border payments worldwide used the SWIFT network. The average turnover is more than 30 million messages per day.

The SWIFT system can offer competitive services, among which are:

Who is the SWIFT system suitable for?

SWIFT platform can offer benefits to potential business clients and end users. Users of the SWIFT system include

Why is SWIFT Dominant? 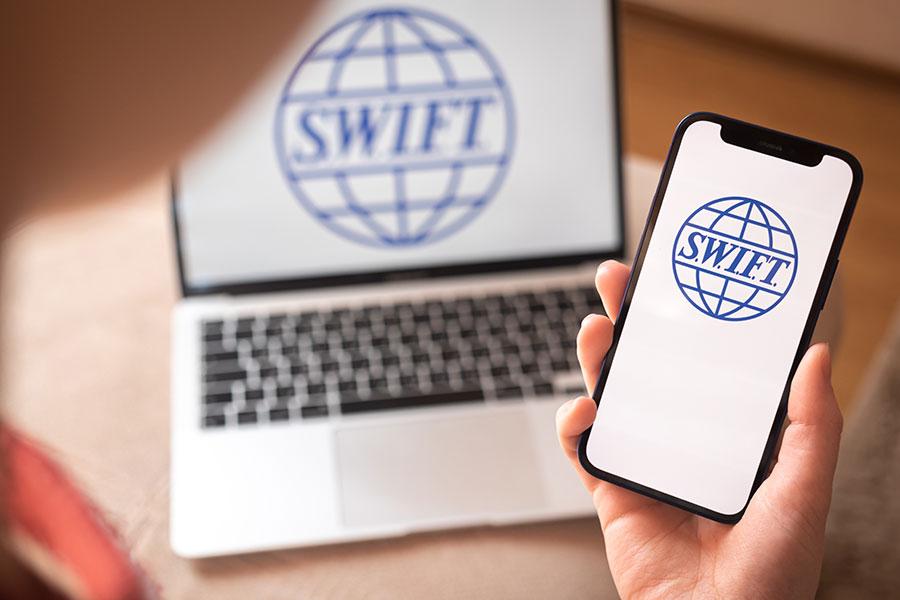 Despite new competitors appearing (for example, online transfers, or money transactions via cryptocurrencies), the SWIFT system remains the most common financial system. So businesses tend to use it as the most accessible and convenient tool. If a financial institution has a connection to SWIFT, it has much more opportunities. It can work not only in Europe (for example, with SEPA), but all over the world without restrictions. Thus, it has much more opportunities to attract new clients.
What techniques are for connecting to the SWIFT system?

There are next ones:
a)
1.Direct connection
2.Collective connection
3.Alliance Lite 2
b)
4.Correspondent bank accounts

Which countries are in the SWIFT system?

As mentioned above, more than 200 countries from the EU, North and South America, Asia, the Middle East, Africa, and the Pacific region are members of SWIFT.

Summing up, the connection to the SWIFT system plays a big role for financial institutions. Despite the criticism, it remains a functional tool to work around the world with almost no restrictions.
Financial institutions connected to SWIFT have wider opportunities than competitors. They attract more clients because they can send payments all over the world and in almost all scopes and currencies.
Why do banks use SWIFT?
And, in addition, businesses connected to SWIFT get more attention from customers, as the attribute itself plays a promotional role, among other things.
Why do banks use SWIFT?
Facebook
Twitter
LinkedIn
Email
Telegram
WhatsApp
Have questions? Write to us!
*Your contact information will be used for our inner purposes and only with the aim to provide you with the best business solutions.
Similar articles The New Regulatory Regime for VASPs in Hong Kong Where can I find my company registration number? 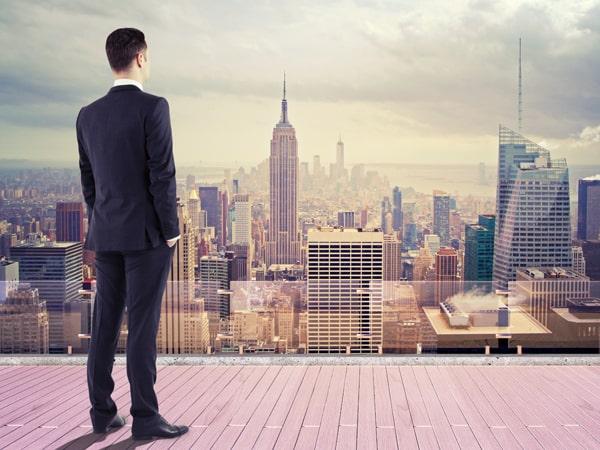 Send us an Email
+447458149171
Fintech Harbor Consulting
Services
Industries
Social networks
Facebook Linkedin Instagram
We use cookies on our website to give you the most relevant experience by remembering your preferences and repeat visits. By clicking “Accept All”, you consent to the use of ALL the cookies. However, you may visit "Cookie Settings" to provide a controlled consent.
Cookie SettingsAccept All
Manage consent